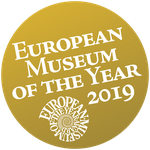 The collections of National Museum Boerhaave reflect five centuries of the history of science in the Netherlands and show you what science is all about: curiosity, audacity, creativity and perseverance.

It is also evident in our top collection, such as the microscopes of Antoni van Leeuwenhoek, the first pendulum clock by Christiaan Huygens, the oldest heliocentric planetarium in the world, anatomical preparations and objects relating to Dutch Nobel Prize laureates.

This is one of the most important scientific and medical history collections in the world.

How the collection began

National Museum Boerhaave was founded in 1928, though under a different name. It opened as the Nederlandsch Historisch Natuurwetenschappelijk Museum (Dutch Historical Museum of Natural Sciences). The museum owes its existence to a group of academics who were keenly interested in the Netherlands’ scientific heritage. At the time scientists and physicians were beginning to take an increasing interest in the history of their disciplines. The first director of the museum, Claude August Crommelin, had grown passionate about old scientific instruments as assistant director of the renowned Kamerlingh Onnes Laboratory. He took it upon himself to look after the centuries-old equipment that had been stored in the attic there, but he also valued the instruments that were used in his own time to carry out cutting-edge research. From the start, the collection of the museum focused on times past as well as on state-of-the-art science.

The collection of National Museum Boerhaave has been expanded considerably since the beginning to include c. 120,000 objects, books, prints and visual material at present. Among the highlights are the meridian telescope of Leiden Observatory, Albert Einstein’s fountain pen, the first haemodialysis machine by Willem Kolff, the paintings showing the Four Guises of the Physician, the Surinam Insect Book by Maria Sybilla Merian, as well as recent scientific inventions, such as the qubit, the building block of the quantum-computer which is currently developed by scientists.

National Museum Boerhaave pursues an active loan policy. Objects from the museum are regularly on display in the Netherlands but also abroad. For information, please contact the curator.